Who plans a fishing tournament in San Diego on Memorial weekend?  The CBC, that’s who!  We were all up just after midnight prepping for the 2 hour drive North to the El Capitan Reservoir.

Was the 15 closed for some of us? Yep, but we all made it safe and sound.

The new team format was AWESOME!  It found many of the anglers culling early and often, as we tried to get our best 5 ALIVE to the weigh in.  Limits seemed to be plentiful, with all 9 teams weighing in a 5 fish limit, as we shared the waters with the guys from the Wild West.  Fish worthy of your stories were not plentiful, but Conrad Jr managed a #4.36 largie to take the Big Fish honors.  “If we are going to catch fish of any size, we need the wind to pick up”.  Pick up it did and he landed that fish in the last 30 minutes of fishing.  We all had a blast, and it was great seeing long time member, Mark Bowman back on the waters with us fishing with new member Dean.

The weigh in was a  sh!t show, but we all managed to maneuver through the traffic and get it taken care of.  A double digit bag was going to be needed if you wanted a spot on the podium, and the top 3 did just that, with the rest of the field falling just shy of that mark. 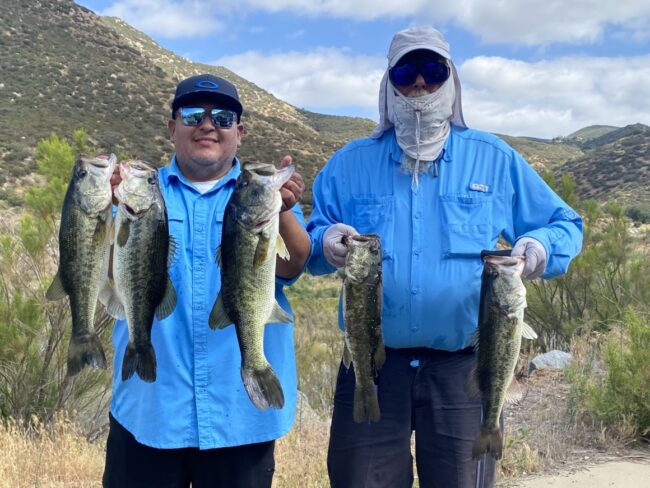 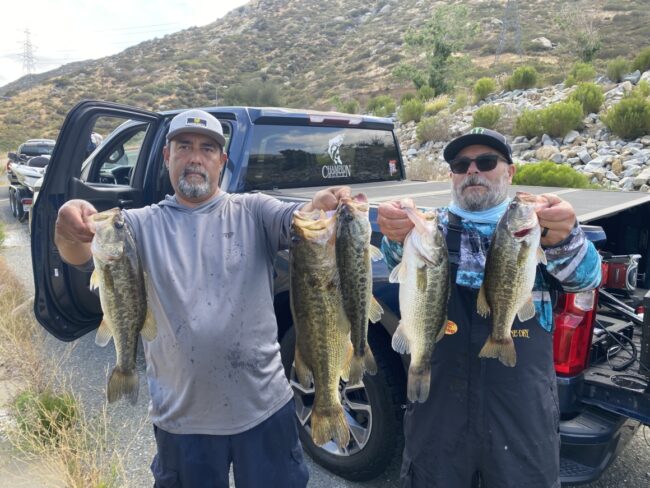 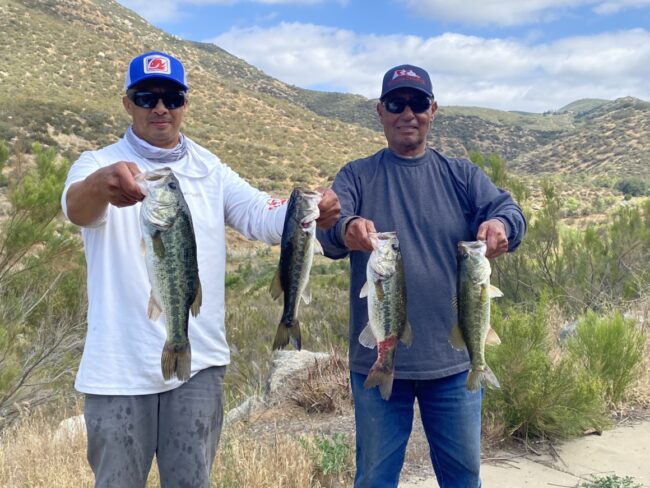 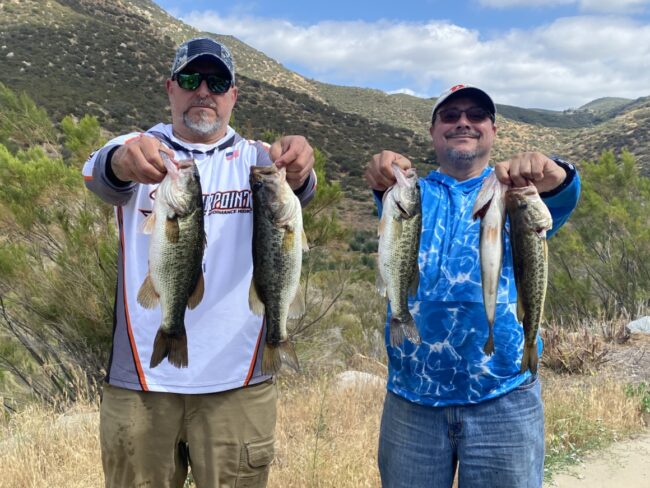 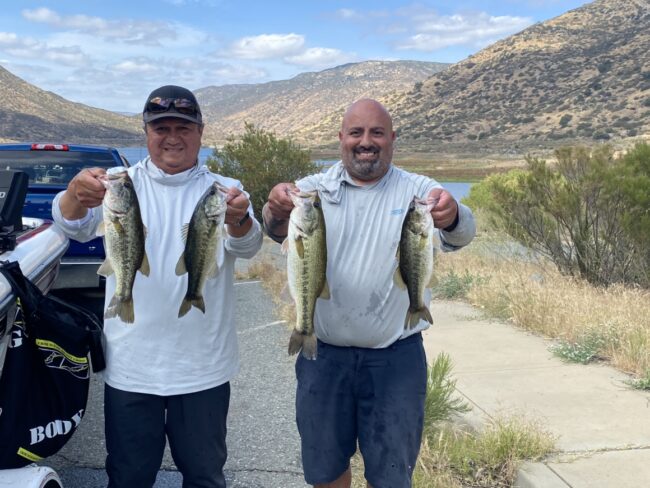 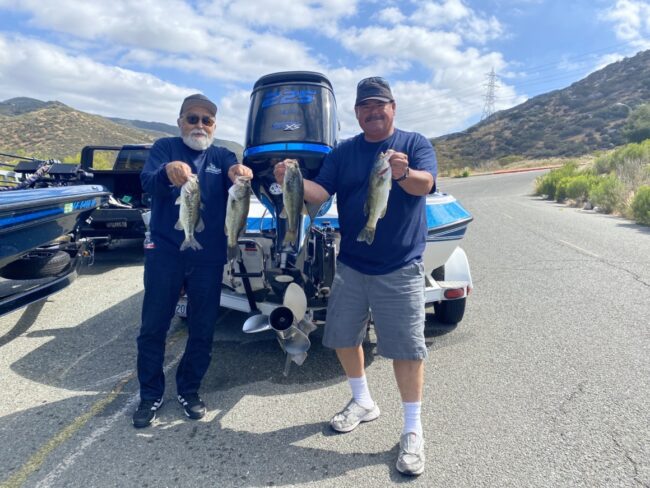 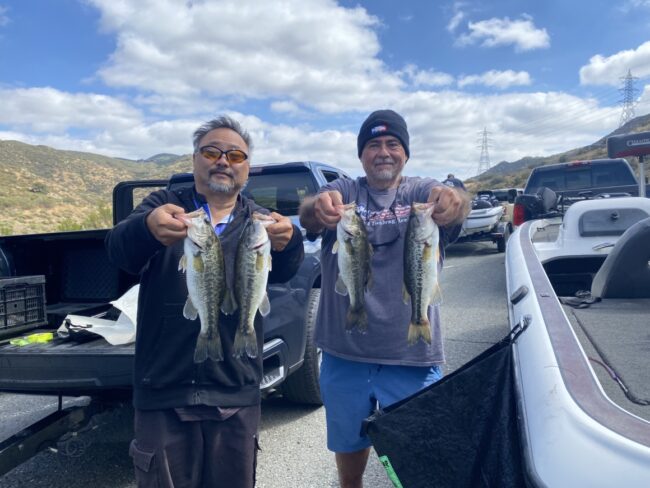 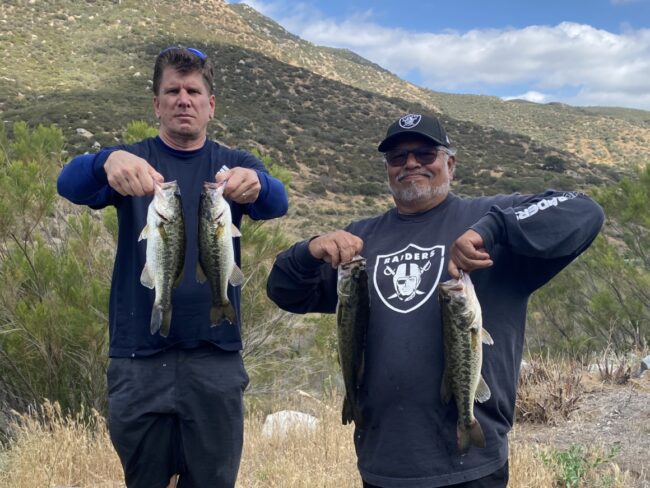 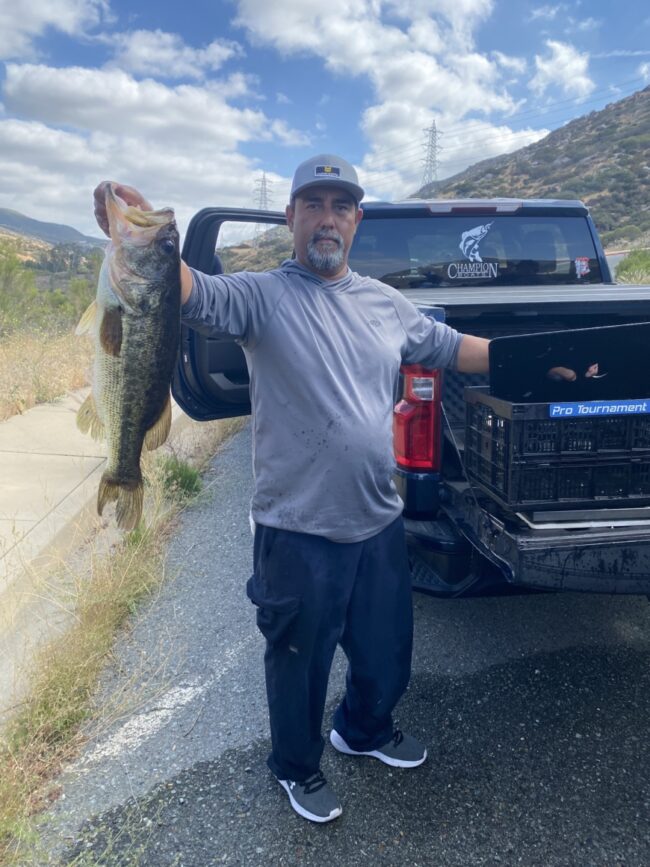 See you all at the next meeting.