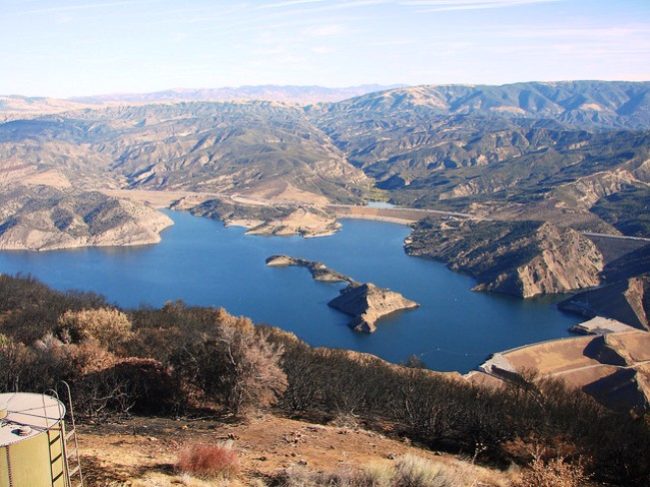 Pyramid Saturday 28, 2018 is where we ended up. The Castaic tournament was cancelled due to red flag and gail wind warnings. The lifeguards at Castaic closed the lake due to NNE winds 20-30 MPH with gusts to 60 MPH. After speaking with Kiosk at Pyramid they said they were open and launching so north we went in an impressive 10 bass boat convoy up the Grapevine headed for Smokey Bear Road.
It was pretty much blown out all day but we managed to run the dual April tournament and Top Ten Fish off from last season. We launched at approx. 7:30 and competed with the high winds and 27 boats fishing in the Best Bass Tournaments derby.

When the dust settled Derrick Yoshinaga was on top with an impressive 11lb 13oz sack of lobinas. Also impressive was his guest Jull Hall aka: “Fishin w fresh”. Jul caught his fist five fish limit of bass weighing in at 9lb 7oz which included his first smallmouth bass, his first Pyramid bass and he came out in 5th place on weigh charts. WTG Jul Hall look forward to seeing you at the next weigh-in. 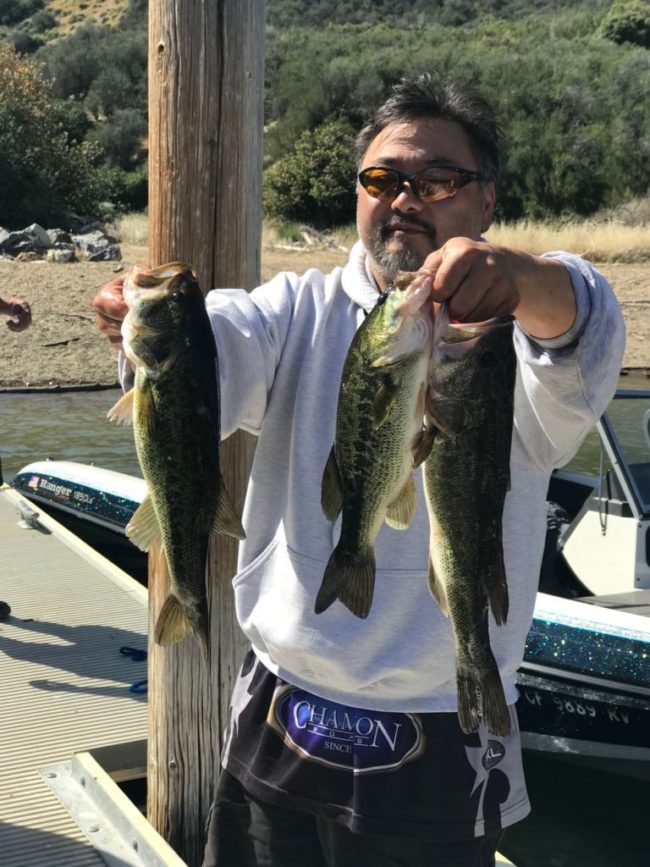 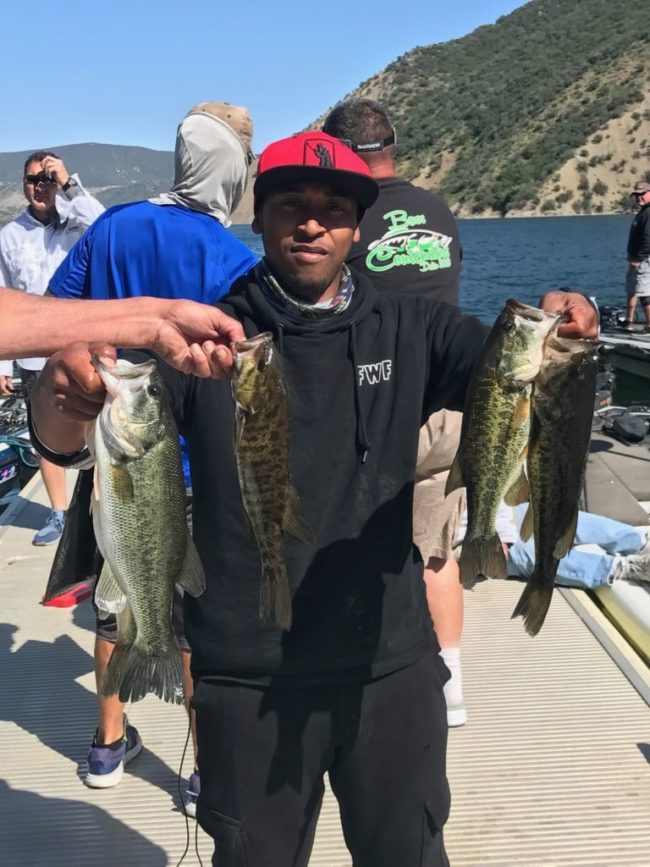 Rounding out 2nd place and 3rd place respectively was the duo of Kenny Isago and Kevin Duncan whose five fish limit weighed only 1 ounce apart. They also won the coveted Big Boat award with a combined weight of 21lbs 11oz. Good job guys! Congrats to Nelson Barrios for the Big Fish award with a 4lb 7oz Pyramid slug. Also joining the Basscontenders was guest Steve Meza fishing with Alfred Vasquez and Paulo Brandeo who fished with Ted Romero. I’m gonna tell you what… we had a fun event at Pyramid. Great times and camaraderie and a cool on the water weigh-in. 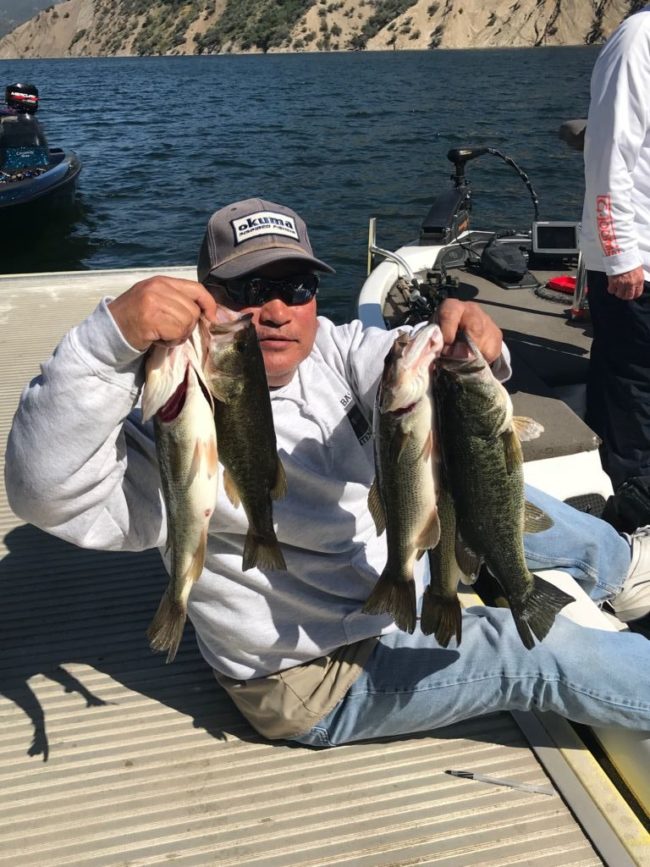 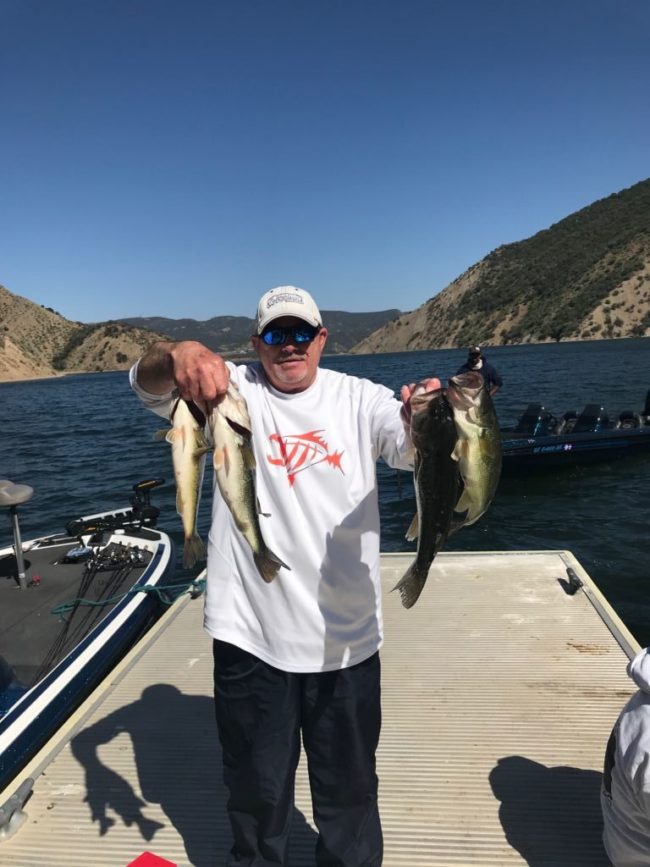 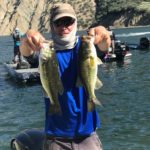 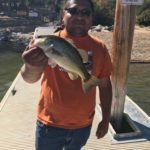 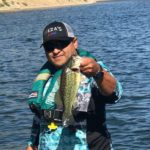 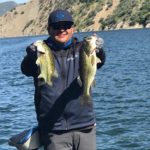 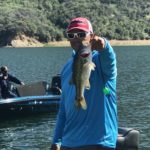 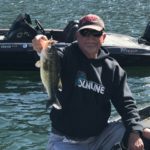 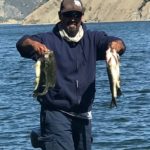 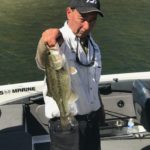 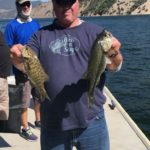 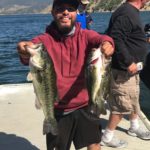 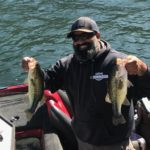 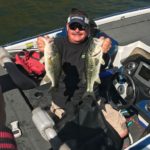 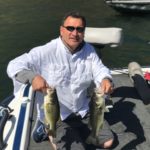 If you haven’t tried a hot dog from the hot dog stand on Smokey Bear road you’re missin out. This guy serves ’em good! I also found a bunch of crawfish at the bottom of my livewell. These fish had the red “lipstick’ on the rim of the mouth and their chomppers! 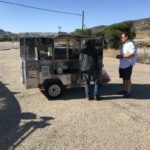 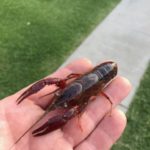 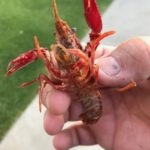 EDITORS NOTE: I’d like to thank my non-boater Mark Q. I had a really good time fishing for the first time with long time member Mark Quaternik at the Pyramid event. Mark wasted no time busting my chops all day long as I did the same to him, it turned out to be a fun day on the water. Mark has a pretty cool job working for top fuel NHRA legend drag racer John Force who has an amazing sixteen (16) NHRA Championships to his name. Getting to know all of my bass club brother’s better one tournament at a time is what it’s all about for me. I think that is the main difference of fishing tournament circuits versus being in a bass club. Some guys do both successfully which is also pretty cool. Some members have recently left the club mad and new fresh members come along to replace them which keeps our club healthy. While not really understanding why some have left and others sit back and stir the pot without even participating, I asked myself why I joined this bass club in the first place.

FREINDSHIP AND CAMERADERIE: For some bass anglers out there, it might be tough to find others who are just as passionate about the sport as you are weather you’re just learning or already stoked on bass fishing. That’s where a bass club comes in. Join a club and you’ll soon have lots of friends who love it as much as you do and who want to go out and spend time on the water. I remember coming into the club years ago green not knowing a whole lot. I remember fishing with guys like Conrad Sr, Bill Layne and Joe Vermilyer. I learned so much from them and others as my love for bass fishing blossomed as did our friendships. These guys in the club became very good friends of mine and that is the one thing that has mattered most to me about this club. While I haven’t mastered by any means the art of bass fishing I do have the opportunity to fish with some of the new guys like Abran Contreras, Jul Hall, Sergio Sanchez, Robert Terrazas, Steve Meza just to name a few. Its friendship that this club is founded on and if you can help another guy with maybe one tip or one technique, like others taught you, it was all worth the effort to join a bass club.

FRIENDLY COMPETITION: If you enjoy competition, bass clubs are a great outlet. Most clubs hold tournaments at least once a month or so, and the members are usually some of the very best sticks on local waters, so you can learn while you’re out there competing. If you’re the guy who just wants to win and not share techniques then a bass club probably isn’t the place for you. Some anglers will learn a bunch at the club level and then move on. Club fishing isn’t for everybody which is the main reason anglers usually leave the club. The main reason most of us are here year after year is to have fun, share fish catching techniques and hang out!