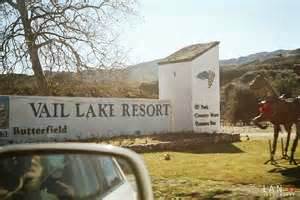 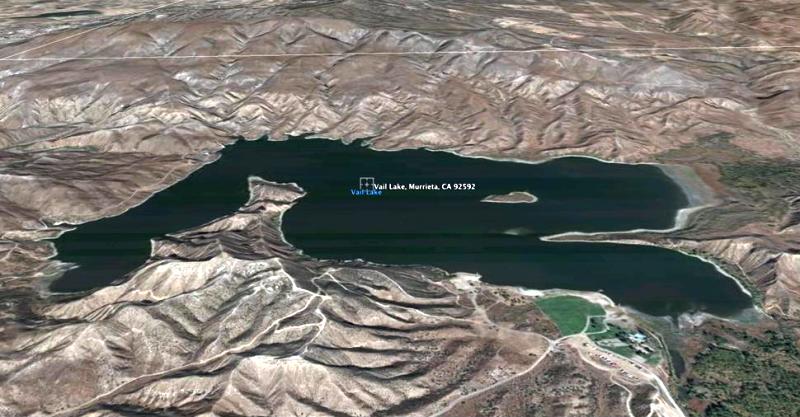 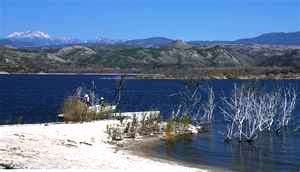 In an old Twilight Zone episode a man who commutes to work on the train would doze off every morning as he rode into work. He would day dream of this one stop on the morning commute, a place called “Willoughby”. This special place in his mind was a place where a man could forget all of his troubles and slow down to enjoy life full measure. It was a beautiful place where the scenery was majestic, rolling green hills where the children were happy, everybody knew your name and you felt an incredible peace and warmth as you got off the train and approached the beautiful land. He knew this was the place he wanted to be. As the train hit a bump in the tracks the man quickly woke to the same old, same old. He would force him self to sleep every morning on that train so he could visit the place he loved. He told everybody he knew that one day he would get off the train at the ‘Willoughby’ stop and stay there for ever. It was his dream both mentally and metaphorically. 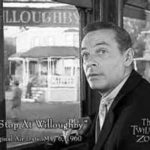 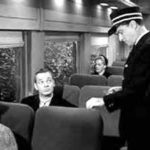 On April 13th the California Bass Contenders converged in a blanket of heavy fog to a place in the beautiful rolling hills of Temecula and Murrieta called Willoughby. Yes, this divine place nestled in the hills and the heart of the wine country is also known to others as Vail Lake Resort, but after visiting this jewel it is safe to say it will forever be known to us Bass Contenders as Willoughby. There are not many words we can write that would accurately describe our good fortune to fish this remarkable body of water. It really was one of the most incredible bass fishing adventures myself and 26 of my great Bass Contender brothers have ever experienced.

After launching circa 5:45am in a heavy blanket of socked in fog we Bass Contenders all met up outside the launch area in a flotilla of 13 boats ready to blast off. The only thing that seemed strange was that we couldn’t hardly see more than a couple boat lengths due to the heavy fog. With no GPS mapping on our graph on this body of water we didn’t know which direction to travel or where to fish, so we simply turned left at 5-7mph until we saw land or read shallow water on our sonar.

As my partner Alfred ‘The Assassin’ and I approached a shallow spot about 2-3 minutes after leaving the launch area we noticed a small fish boil so we both threw a top water offering…. OMG! Swoosh is all we heard instantaneously as the first offering hit the water. It was ON! Both Alfred and I had fish on all three of our first cast at the same time. We were fumbling with each other netting fish, laughing, unhooking, live welling, casting, netting again, casting hooking it was pure chaos and we were only in our first five minutes of the morning. We could hear laughter from nearby of what seemed to be the same exact thing coming from the fog. It was the most insane top water bite we had ever experienced… I would throw my Zara Spook Puppy, twitch twitch, pause and Kaploosh I was on again. This continued all morning as the fog stayed with us for a couple of hours under flat calm conditions. We moved over to the Island trying different baits that all produced fish. The Senko bite was unreal, world class! I mean unreal, there was one lay down tree branch at the end of the day that produced nine Senko fish for me all in the upper two pound range. John Savko and Adrian Mesa had a ring side seat as they watch me hold the blue Champion in high winds on that point. During this brief time Alfred was still slaying ‘em from the back of the boat, thanks Alfred for being patient while I played Senko on that tree. I’m sure I could have got the tenth fish to go but it was all I could do to hold the boat in 20mph white caps and after a little birds nest in my Shimano Core 50MG it just didn’t matter. My day was complete after my first cast of the morning. The amazing nine fish tree is in the photo below, I know I left a bunch of fish there, probably even a tree pounder. 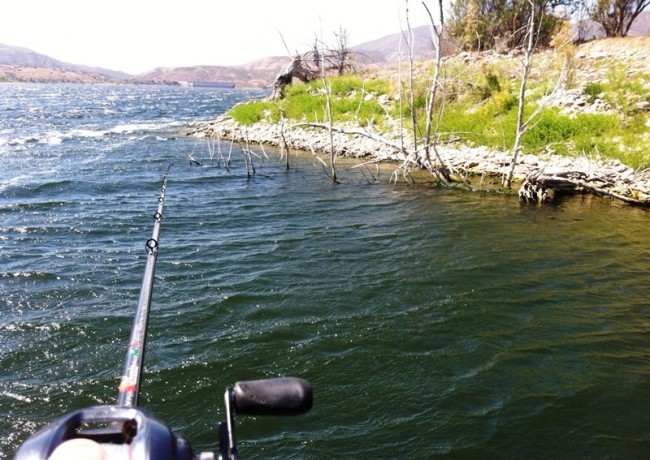 With twenty-six anglers and twenty-six five fish limits it was a tournament of massive success and great achievments. I can not remeber an event where every angler weighed a limit and was able to cull multiple times on the water. On my boat we must have culled over a dozen times each. Congratulations to Ted Romero for crushing the competition and to everybody who attended. For those of you who did NOT attend you missed one of the funnest events in Bass Contender history. Today’s contest at Vail was a double header which also included the Top Ten Tournament for the ten anglers who finished last season with the highest point totals. Below is the finishing order for the Top Ten Tournament:

We would like to give Special Bass Contender shout out to Bass Contender first time guest angler Danny Caldwell from team Tracker who brought in an impressive sack of  Black Bass at 12.6lbs and a Big Fish of 3.43lbs. Danny also blessed the group by bringing in some awesome snacks from one of his fine sponsors California Snack Foods in South El Monte (click on the name). Everybody enjoyed the great snacks and camaraderie during the weigh in and ceremonies following the days fishing. Also joining us at Willoughby were guest anglers Brian Reeves, Kyle Perry, Matt Martin, Charlie Gabaldon and Adrian Mesa. It was a banner day! 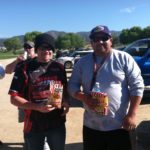 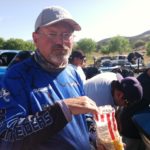 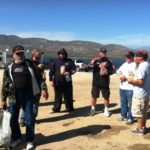 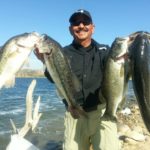 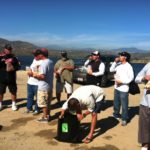 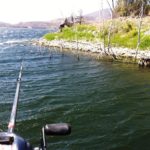 Seriously Bass Contenders… could it keep on getting any better? Yes it can!… Next month we fish Silverwood on March 11th with a five fish and twelve inch variance. At the California Bass Contenders it just keeps on gettin’ better!

Please sound off and leave some comments below. Your Bass Contender brothers would love to hear about your experience at Vail Lake and how you experienced this little slice of heaven. Simply fill out your name and email in the box and post your comments below. We want to hear from you!