“The Summer Fling at Vail Lake”

With the end of summer comes warmer temperatures and things just couldn’t be getting any hotter at the California Bass Contenders. On Saturday August 10th, 2013 fifteen two man teams made their way down to the beautiful wine country in Temecula and Murrieta to battle in the Summer Fling at VailLake. We weren’t there to smash grapes so we smashed us some Lobina’s! Nobody came for the wine although there was rumored to be a little bit whining in the crowd. The biggest complaint on this day was catching too many fish and spending too much time culling. Whew, not a bad problem at all.

The California Bass Contenders would like to welcome first time anglers pictured below from left to right in the following order. New prospective member and boater Mark Pavlinac in team Nitro who fished with Charlie Gabaldon. Also joining us was Dane Christensen founder of the Long Beach State Bass Team who ironically got paired up with LB State Grandpa David Pisarski. Also joining us for the first time was co angler guest Albert Medina aka ‘King Menudito’ who fished with Tournament Director Big Ed Cazares. Rounding out the list was Vince Perkins from Azusa Ca who was too shy for the photographer but he looks just like the photo. Vince fished as a guest with Mark Bowman. 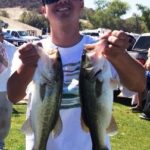 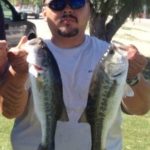 The conditions at VailLake could not have been any better than what we experienced on this fine day. Man oh man, after waiting in line and getting quagga mussel inspected we all made way to the single file one at a time launch ramp where anticipation was killing those who were floating first. You could see boils and fish jumping as we waited for the last boat to join the flotilla under flat calm glass conditions from one end to the other. We had a little bit of wind and chop that didn’t last too long during mid morning with most of the day having only a slight breeze making the conditions just right.

For “Team Menudo” we got off to a quick start fishing the Island. It was flukes, jigs, senkos that started things off. Then we went to rip baits, spook baits and creature baits, it didn’t take long to figure out that everything would trigger a bite. Our main weapons turned out to be the Jig with green pumpkin and the drop shot in thin senko and red crawler. It was pretty much lights out with these search baits on the blue champion.

Congratulations to the team of Derek Yoshinaga and ‘Smokin’ Joe Nava for winning it all. Winning it all is an understatement as they claimed side pot, 1st place, Big Fish, Big Boat and bad mama jammas. What a beast of a pescado as Derek landed a bohemouth 6.65lb lobina that fell for an Ika in green pumpkin. Man oh man, what a fish! 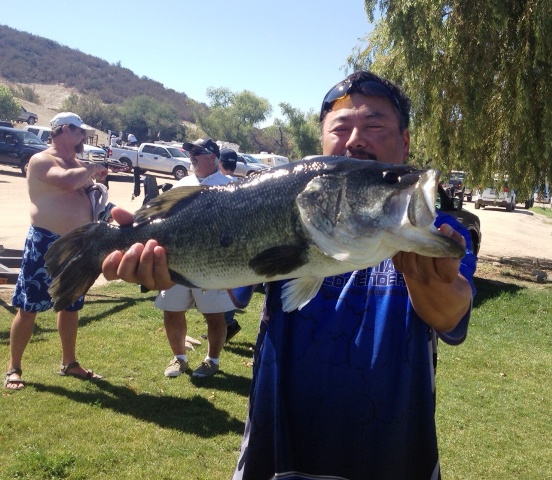 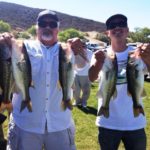 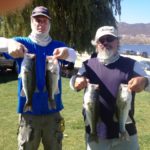 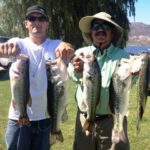 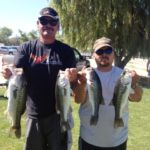 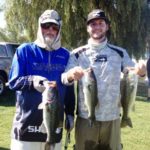 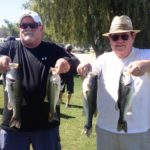 As we made our way to the launch ramp my co angler Albert Medina offered to help launch the VailLake member in front of us after we noticed he was launching solo with his two grandchildren aboard his bass boat. Turns out this gentleman is Ed Snells President for the Tri Cities Bass Club. We crossed paths on the water later in the morning and had some great conversation. It was awesome to see a Grandpa take his two young boys fishing as they were both smashing the fish and laughing as they hooked fish after fish right in front of us. Who knows maybe we can square off against the Tri Cities Bass Club as a team building tournament in the future? I really enjoy spending time in the great outdoors with my club brothers and meeting new people along this journey we call life. I am grateful for every opportunity to get out and fish with this group of men. It has been a blessing to me to be a part of this group as I hope there are many more journeys to travel.

Next month is another team event format where the California Bass Contenders will square off against the best bass clubs in Southern California in the 2013 Castaic Bass Club Challenge. This will be a phenomenal event as we turn the corner and head into the fall as summer is nearing its end. The September monthly meeting is also our awards banquet meeting for the prior year. We will send details and information about this dinner meeting including the insane raffle prizes and special things we have planned. There is always alot going on at California Bass Contenders.

Tell us about your experience at VailLake, we want to hear from you. First time anglers tell us about your day on the water, sound off below and tell us how you caught ‘em? Simply fill out your name and email in the box below and submit your reply. Your email address will not show once you post your comment.