Another Basscontender season is in the books. Congratulations to AOY Alfred “The Assassin” Vasquez and the rest of the Top Ten field. April Hodges tournament will be the Top Ten battle and first tournament of the new Basscontender season. Below are the final year end points for all Basscontender members who are considered “active members” for the new season. According to our rules a member must maintain a minimum of 60 points in a season to remain an active member. Also if you are a new prospective member you will be granted 60 points for three meetings and three tournaments once you have officially become a member. Read ’em and wheep boys! 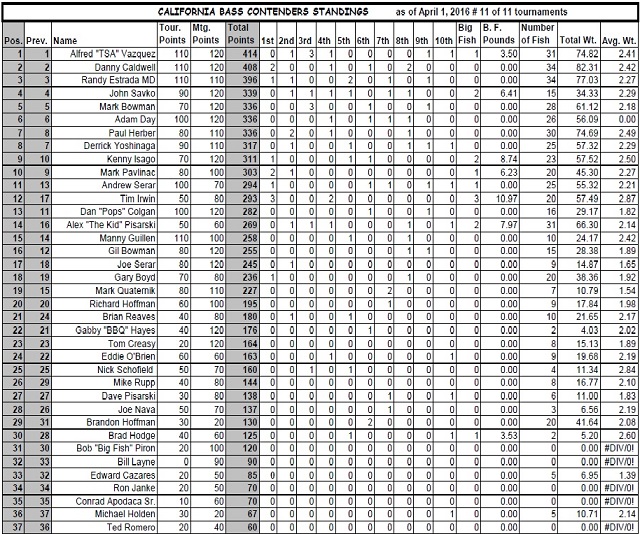 See you on the water; Big Ed!