Adam Day Destroys it at Perris! Twenty six Basscontender anglers gathered early Saturday morning at the Moreno Beach entrance with hopes of landing a worthy limit of fish at the three O’clock drive up weigh-in. It was a cold morning with scattered clouds and air temps in the mid 40’s but that didn’t stop the California Bass Contenders from showing up with their game faces. Everybody met in line to chat with a hot coffee before we convoyed in the park and as usual our founding club father Gabby Hayes kept everybody entertained and laughing with some more of his funny stories but when the 5:00 bell rang all thirteen boats were off in a single file convoy to the launch ramp. It was a cool sight to see the whole group launching in the dark amongst flat grease calm conditions on the lake. It was beautiful early morning weather under the full moon sky overhead as we all waited out by the buoy line ready for takeoff. 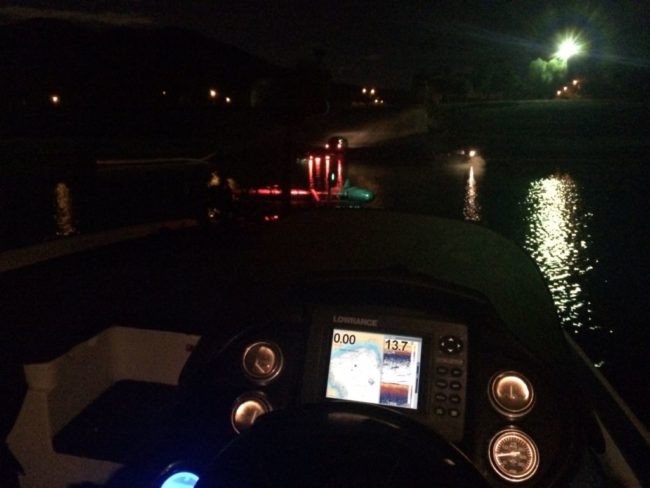 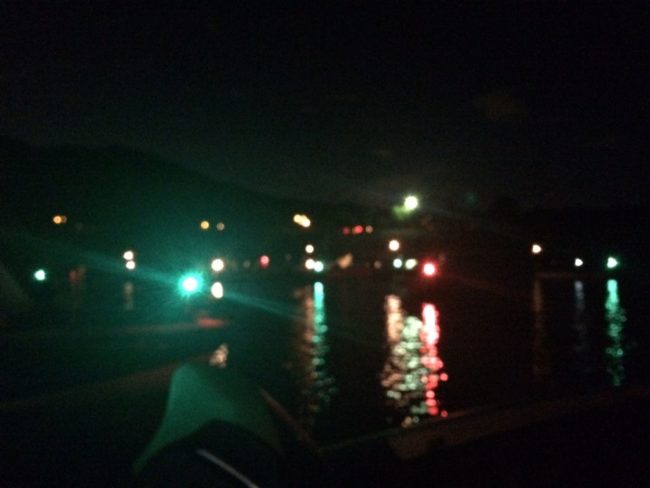 Joining the ranks of the California Bass Contenders for this wintery January Perris event and gracing us with his comeback presence was nonactive longtime CBC member Jorge DeLacruz in his blue Basscat fishing with Joe Won and making some serious noise at the weigh-in with his big bag of bass that would have easily netted him a place or two out of the money. Also joining the CBC were first time anglers David Mendez fishing with Kevin Duncan and Nelson Barrios who fished with Adam ‘the destroyer’ Day landing his first ever bass on a drop shot, it looks like Nelson is hooked on bass fishing.  Also guest Roger Habbert fished with Gabby Hayes and couldn’t figure out why middle of the day Gabby walked to the back of the boat and took off his life jacket and sweater… Roger said “what are you doing”, Gabby answered “I’m gonna use it for my pillow shutup so I can get some sleep”… Welcome to the club guys we hope you had a good time fishing with our group, we all look forward to fishing with you at the next tournament. I had the pleasure of meeting David and Nelson at the last club meeting, both guys are very cool and seem to be great guys. David has a boat and looks forward to possibly entering as a boater in the future if we become non boater heavy at a regular club event. 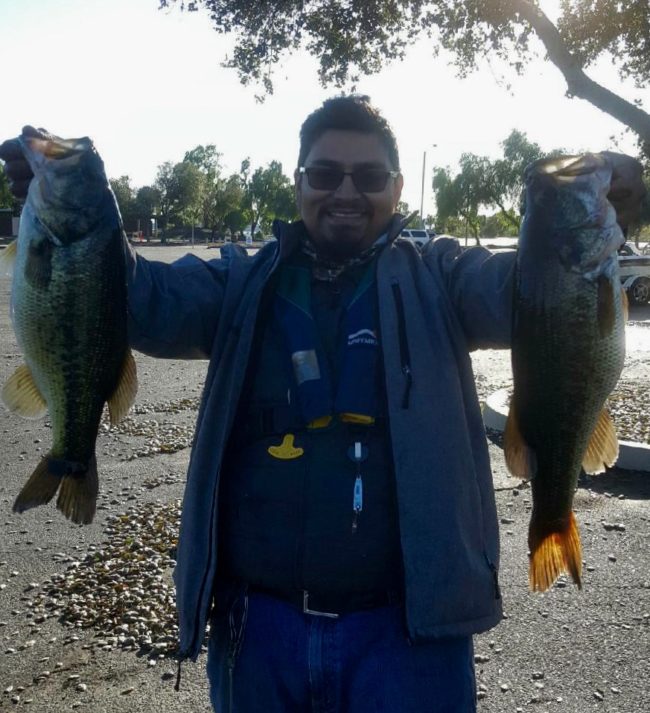 WINNING WAYS: Congratulations to Adam “the destroyer’ Day who came in with a two fish limit of 11.38lbs also with Big Fish honors with a 6.74lb Perris pig. Second place went to the usual suspect Paul Herber with 11.10lbs and rounding out the top three was Gil Bowman who had a 5.76 slug which earned him and his partner Paul the Big Boat award with a total combined weight of 19.70lbs for four fish. After interviewing the anglers in the top ten it was pretty clear that throwing jigs and cranking the dam before sunlight was the key to success and then after the wind picked up it was the A-rig that closed the deal. Once that sun came up over head it was like the light switch turned off with a brutal grind rest of the day hoping and trying everything in the book to get a bite. 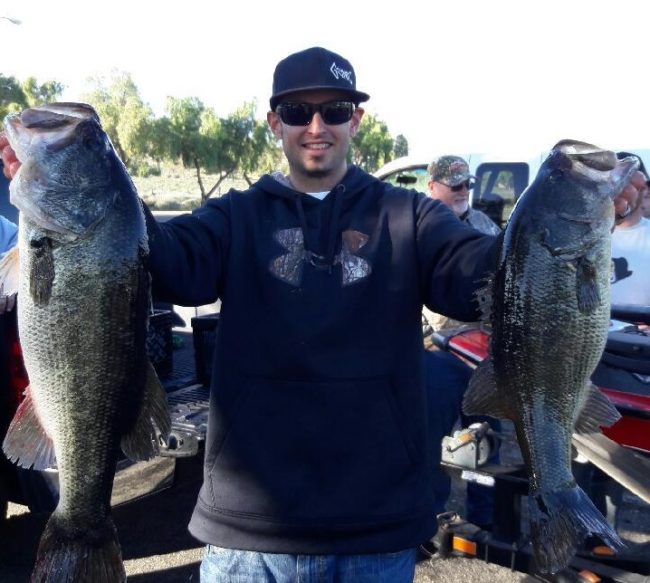 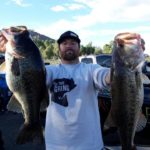 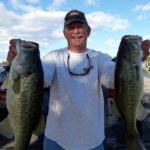 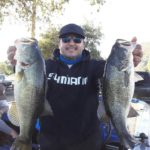 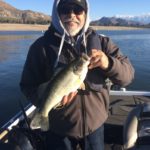 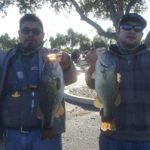 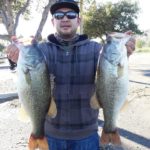 It was also pretty cool to see on the water in his black wrapped Anglers Marine Daiwa GoPro Ranger 2015 Bassmaster Elite rookie of the year and FLW Champion professional bass pro legend Brent Ehrler. Brent was out fun fishing and filming video footage and his day definitely did not dissapoint. Brent said his best five went probably around 23-24lbs he is as cool of a guy as there is. 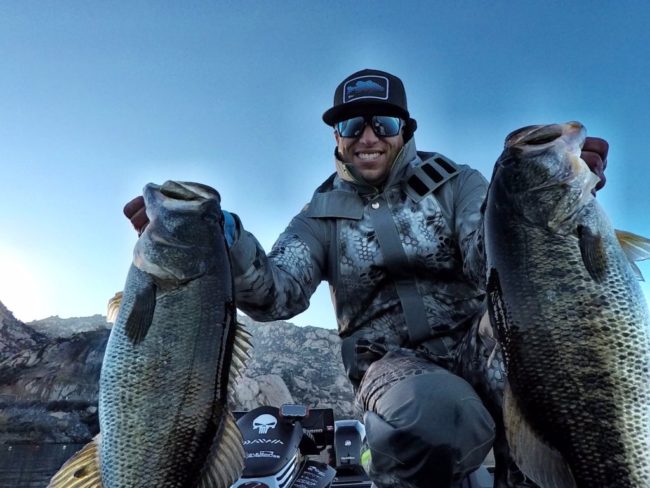