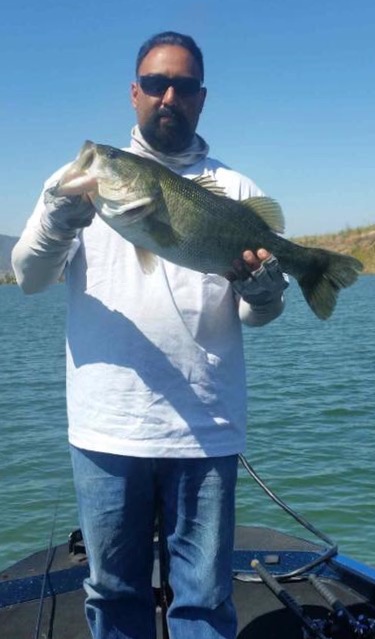 Conrad Jr smashes ’em at El Cap! Congratulations to longtime Basscontender Conrad Jr for smashing ’em at El Capitan reservoir in San Diego for the last Basscontender tournament for 2016. Conrad Jr first joined the Basscontender ranks as a full pledged member way back in 1989 when the bass club was just starting out under the direction of our founding father Gabby Hayes. Monthly meetings in those days were held at a tackle shop called the “Fishin Hole” in Covina owned by Steve Osbourne. That’s where there was a young boy by the name of Conrad Apodaca Jr who worked after school and on weekends. This is where Conrad Jr learned most of his foul language arts and how to lie and exaggerate by listening in to all of the meetings. In 1989 Conrad Jr joined the club and that same year became the first non-boater ever to win Angler of the year at the ripe young age of 15 and it was no different at El Capitan on Saturday November 19th where Conrad Jr tamed up a five fish limit of 11.72 pounds for the win. 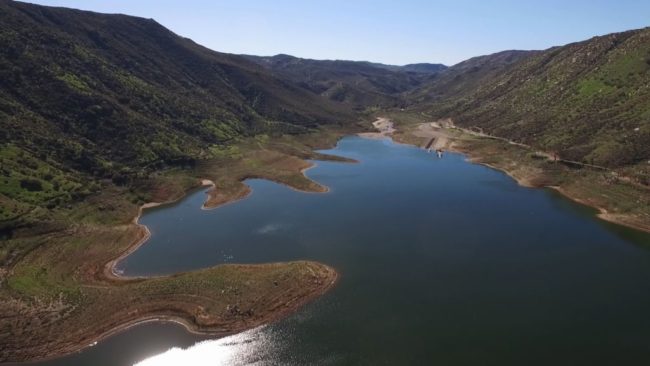 With extremely low water conditions at all of the San Diego lakes due to the historic drought the fish finding proved to be a bit more difficult than usual. To nobody’s surprise it wasn’t as difficult for Paul Herber whos five fish limit and 11.56lbs bested the rest for a second place finish. Rounding out the top three and bringing home the bacon was “The Kid’ Andrew Serrar who sacked up his five fish limit with 10.81lbs and the second biggest fish of the day to hit the scales at 2.97lbs. Andrew’s near 3lb’r still qualified him for the Big Fish award for the derby. Big CBC shout out to prospective member Kevin Duncan fishing with Alfred “The Assassin” for his monster bass for the day bringing in a 3.37lb pig to the scales. Kevin also had a big ‘ol sack of bass that weighed in at 8.46lbs. Also pictured below is Gary Clouse who fished with Conrad Jr as Gary holds up the “Lochness Monster” he thought was a bass until it showed its ugly scales and whiskers. 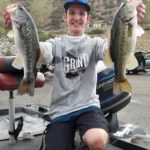 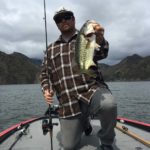 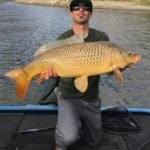 Click on images above for a full expanded view.

WINNING WAYS: Conrad caught his fish keying in on deep isolated boulders in 20′-30′ deep structure in the middle of the channel. He caught a couple on the rattle trap but primarily doodled the ‘ol Okee Doke curley tail worm. The deeper pattern proved to be equally efficient for the club’s most consistent angler Paul Herber who also keyed in on isolated deep boulders mostly fishing jigs and a couple on the drop shot. Thank You to our top finishers for sharing their pattern and letting the club know how they landed their winning bags.

Have a great Thanksgiving holiday! See you on the water: Big Ed!