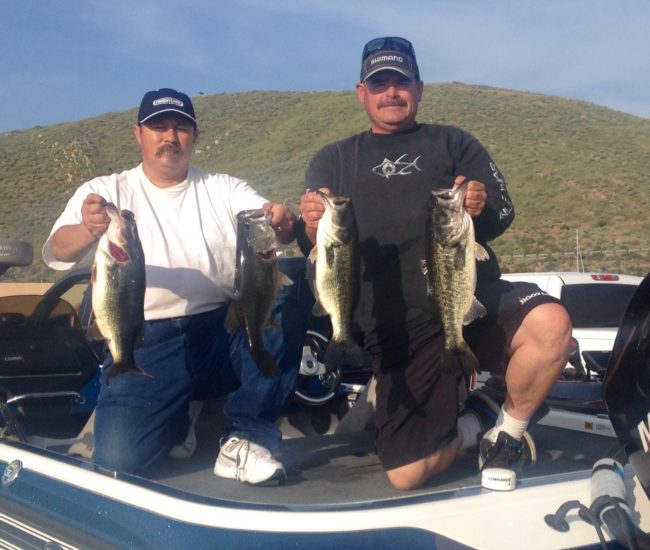 With a thick cloud cover and a heavy mist, 14 boater’s and Co angler’s traveled to Diamond Valley to challenge the Fish and the Very low water conditions. At launch, temp’s were in the low 50’s and water temp was at 63 degrees . The Club overall did very well in putting the fish in the live well’s. With 105 fish caught and all released except for one fish taco . When it was all said and done Ed Cazares took Top Honors with a very impressive 19.77 pounds  for the Win. Ed and his guest Jerry Garcia having 13.81 also took Big Boat with an outstanding 33.58 pounds. Paul Herber showed that he is fish savvy and finished in Second and also had a Great day on the water with 18.92 and took Big fish of the day a Nice 5.15 pounder. Brian Reaves fishing for all he’s got trying to make into the Top Ten and fishing with The Junkyard  took 3rd place honors with a Nice Bag of Pescado’s at 14.46 . It took 11.97 pounds to make the Top Ten for this event. I would like to Thank Paul Herber for showing Great Sportsman ship and had offered to tow Brad Hodge the rest of the way across the lake. Brad’s motor had stopped running . 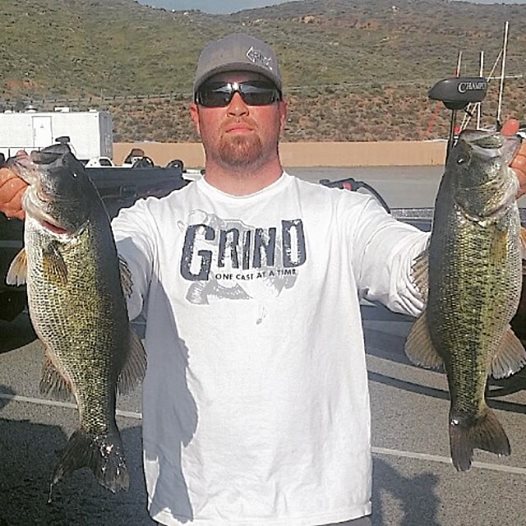 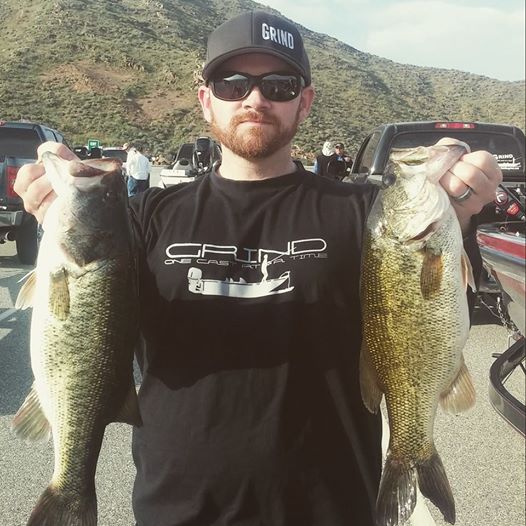 Danny Caldwell with a couple of Nice Fish. 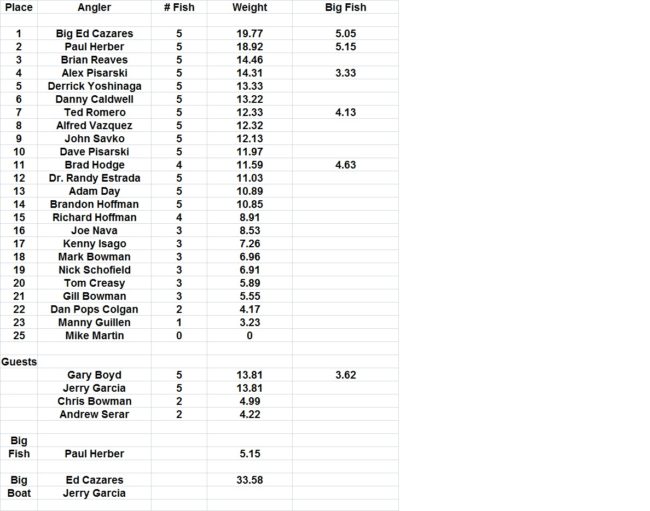