The Showdown at Lake Hodges turned into the SLOWDOWN at Lake Hodges.  The only things in abundance were crappie fisherman.  The number of boats and personal watercrafts made a fishing obstacle course and made fishing even tougher for February Bass.

A few of the Contenders managed to bring fish to the scales, but there were only 3 of them.

Frank Schwamborn had the winning fish at 2.54 lbs.  Not a big fish you say…..that fish earned him the CBC Trifecta.  1st place, Big Fish, and Big Boat!  It also helped just about cement a spot in the AOY Top 10 standings.  2nd place went to Robert Terrazas with 2.32 lbs.  That puts him just 5 points behind Chris Graciano for the last Top 10 spot.  Rounding out the last of the podium spots was Joe Nava with 2.11 lbs.

Outside temperatures were in the 30’s upon arrival but the sun finally showed itself and got us to the 70’s by mid-day. The cold nights have kept the water temp in the 50’s still with only a few spots breaking the 60 mark.  Water clarity was the normal Lake Hodges pea soup.

Most of us have already put this day behind us and have already begun prepping for next weeks season finale in Havasu.

See you on the water. 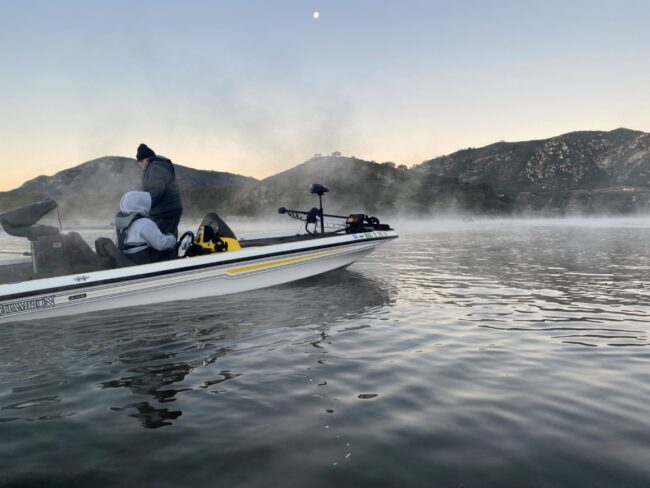