Once again the California Bass Contenders had a great turnout at the Hodges event to finish off the current fiscal points race of the Bass Contender season. Next month will be another showdown as the ‘Spring Fling’ proves to be charging up for an epic show of bass fishing in our Southern California waters.

The “Happening at Hodges” has always been a test of  Bass Contender will and fortitude. Today Lake Hodges proved to be no different. To say the bite was tough is an under statement. The conditions at Hodges seemed to be prime with water conditions and temps at what seemed to be perfect for ‘Lobina’ catching (spanish for bass). With a DFG variance for size and bag limit in hand twenty three Bass Contenders converged at 0500 hrs for our morning meeting. The looks on the faces of these anglers were like kids on Christmas morning waiting to open their presents. As for the actual catching of fish, although stellar for quality, it unfortunately proved to be extremely short on quantity. Ten of the twenty three eager Bass Contenders who braved the long trek down I-15 south to North San Diego County never even got a bite. Only three of twenty three anglers caught more than one keeper fish. As one angler remarked, “It was brutal out there”.

Congratulations to the new California Bass Contender 2013 AOY
Bill “The Come Back Kid” Layne for his winning weight of 19.60lbs. 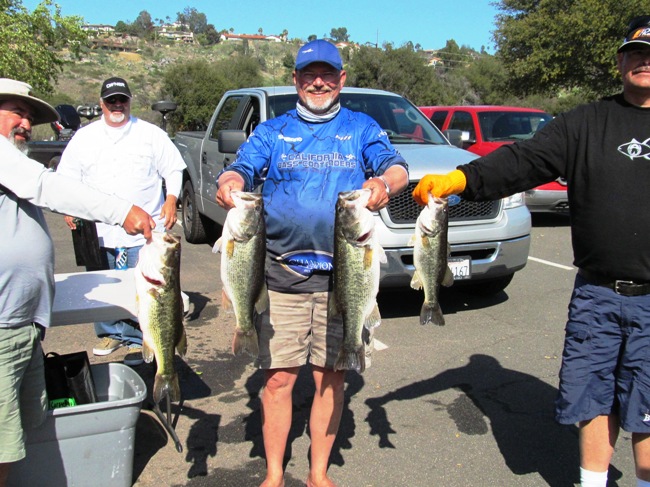 The Bass Contender family would like to welcome first time anglers Charlie Gabaldon and Adrian Mesa! Also joining us at the Happening at Hodges prospective member Justin Gangel. All three anglers would have placed in the Top Ten and earned important points and bragging rights for the Bass Contender season. Adrian proved to be illusive as he ducked the photographer but he looks just like Magnum P.I. 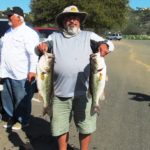 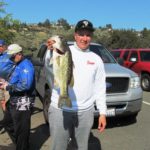 Charlie combined his sack with his boater Bill Layne for a whopping 30.58lbs of green back boca grandes. Charlie’s two fish for 10.98lbs combined with Bill “The come back king” Layne’s tournament winning bag of 19.60lbs earned the Big Boat honors for the duo. Congratulations to both anglers for a well deserved finish!

This event ended the current fiscal season for the California Bass Contenders and the current AOY race. Bill Layne came back from behind to surpass 1st place leader Alfred “The Assassin” Vasquez with a walk off win in the bottom of ninth to come from behind and claim the 2012-2013 Angler Of The Year. The new season starts next month as all of the points and standings goes to zero. Everybody is tied for 1st place so lets get this next season off to a great start at the April 13, 2013 Bass Contender event.

Some of the pescados from today’s Lobina contest: 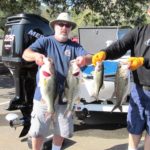 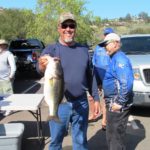 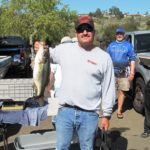 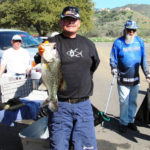 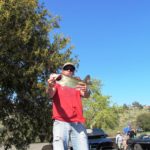 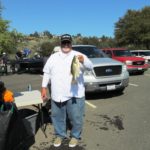 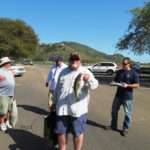 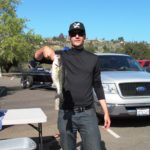 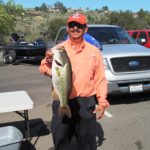 Special Thanks to Gabby Hayes for providing the Bass Contenders with an awesome barbecue after the weigh-in at Hodges. We love you man! 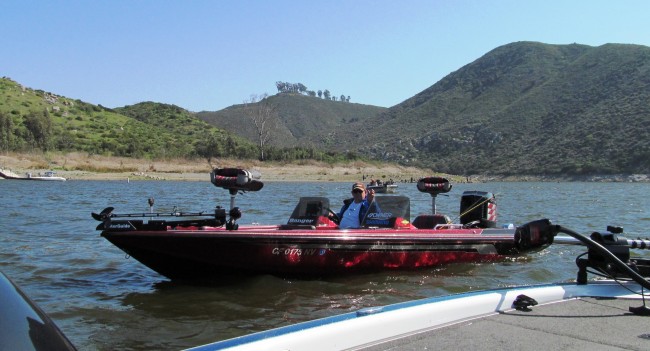 Everybody had their fill of Cheese Burgers and Hot Dogs with all the fixens as well as some good ‘ol tall stories and maybe a few lies mixed in for effect. Thanks to John Savko for the tasty refreshments. The final standings from today’s contest were reported by our own CBC announcer Frankie ‘C’ during our awesome meal. A little bit of smack talking and jiving made for some real good times by all. Gabby Hayes was quoted as saying that the club is heading in a real good direction. Everybody is pleased with our newest members and the great prospective members that are participating in Bass Contenders events. 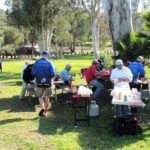 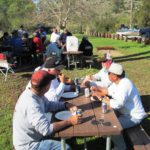 My partner Adam Day caught a nice fat chunk Croppie on a square bill crank bait today. It was a toad for sure! Thanks Adam for a great day on the water. You are a real gentleman and an awesome angler! 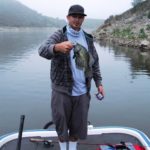 Bass Contenders, please sound off and tell us “How You Did It”. We would really like to hear from Bill Layne and Mike Martin as they both had four times the amount of fish as every other angler in the field. We want to hear from you about your techniques and patterns that helped you at the Hodges March event. Simply fill out the box below and submit your comments. Your club brothers want to hear from you. Charlie and Adrian tell us how you liked your first event with the Bass Contenders?

See you at the next meeting!