Lake Perris Saturday January 27, 2018. It was a cold winter morning that felt just right for the catching as twenty four Bass Contenders convened in the pre-dawn hour at the Moreno Beach entrance at Lake Perris. The air was calm as everybody prepped their boats to launch in the dark. It was a gorgeous flat calm morning as we left one by one from our staging area out by the buoy line. In a much anticipated return to the Bass Contenders long time CBC member Randy Estrada called out the launch order as each boat departed into the darkness in different directions. It was an awesome site to see red and green light lights scattered across the water in every direction. The regular man from the city doesn’t get to experience what we have time and time again seen and this day was no different from any other. As the darkness finally gave way to an absolutely beautiful Southern California sunrise taylor made by the Good Lord himself that made you realize how lucky we all are to enjoy spending ‘man hours’ in nature doing what we love to do… just breathtaking scenery under flat calm skies! 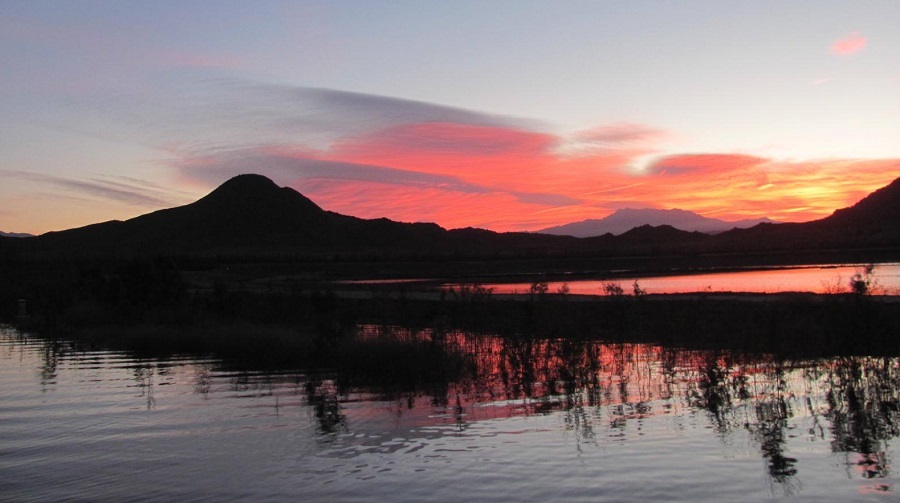 With the water level quickly on the rise at Lake Perris it won’t be long before the lake regains its original beauty and fills all of the back water which is already starting to flood and coming up fast. The rock piles we all know on the east end were out of water only a couple weeks ago are now submerged as the new landscape with amazing new habitat begins to take its place. Hats off to the US Army Corps of Engineers and CA DFW for the amazing rock piles, humps, ledges and fish habitat that will soon be home to the underwater Lobina’s of Moreno Beach! 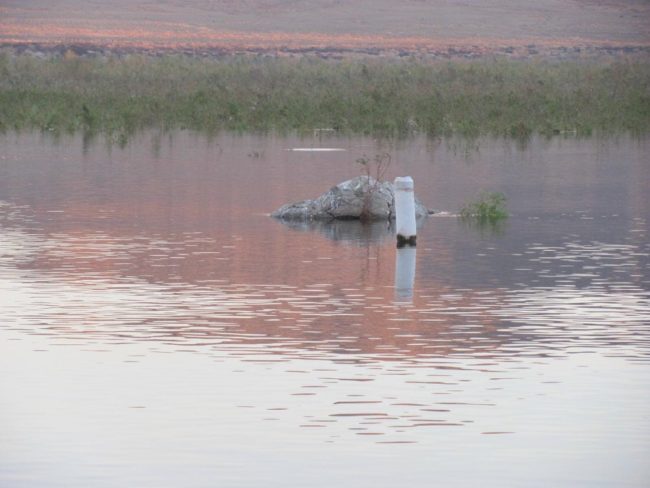 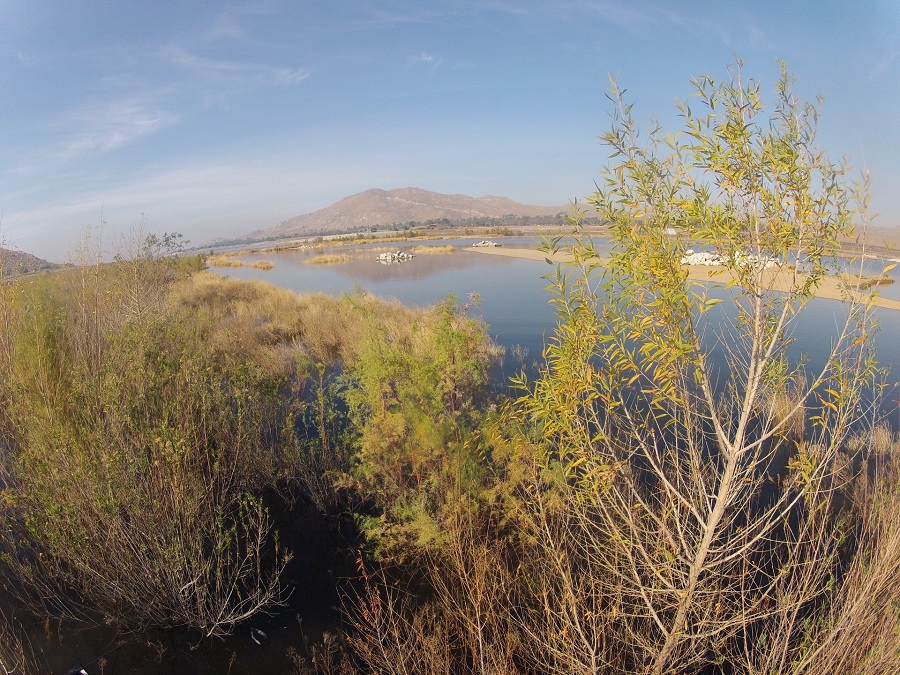 You could have not asked for a nicer morning with the weather and conditions just perfect. But my non boater partner Kenny Isago ruined it when he said… “I thought you said it was supposed to be windy today? This is perfect.” Well as the 9:00 morning bell rang no sooner did Kenny open his trap here came the wind. It started off with a slight breeze around 9:30 and by 10:30 gave way to a sustained 15mph with gust up to 25-30mph. It went from perfect to nasty white caps just like that and that is how the day would end 15-20mph winds out of the north east. For the team of Ted Romero and Johnny Abyad that didn’t matter, they didn’t care about no stinken wind because they already had what they wanted and needed in the box. Congratulations to Ted Romero for his second consecutive win in as many CBC tournaments as Ted brought a 7.75lb Perris pig to the scales that won him the Big Fish award. To along with the Big Fish Ted’s second fish of 4.81lbs earned him the win for a total sack of 12.55lbs for his two fish limit that left him over a five pound lead for second place finisher Johnny Abyad with a repectable bag of 7.24lbs. Ted and Johnny scaked ‘em good as they easily brought home the Big Boat award with a combined weight of 19.79lbs. Rounding out the money spots in third place was Adam “The Destroyer” Day who managed a nice two fish limit of 7.12lbs. 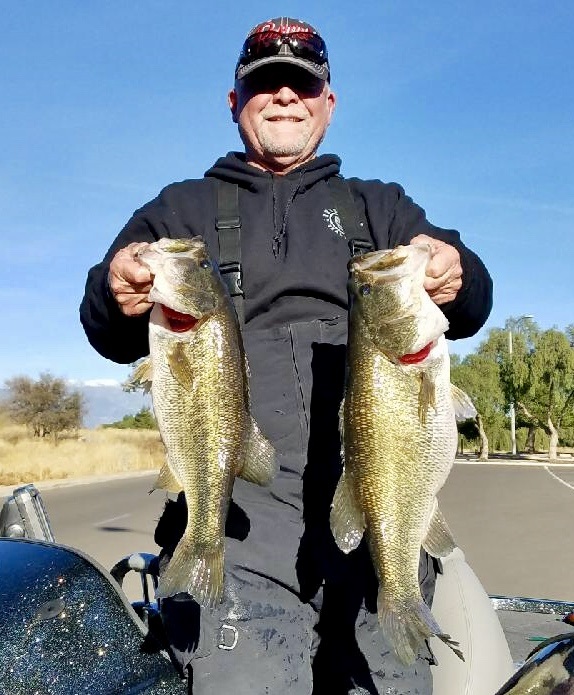 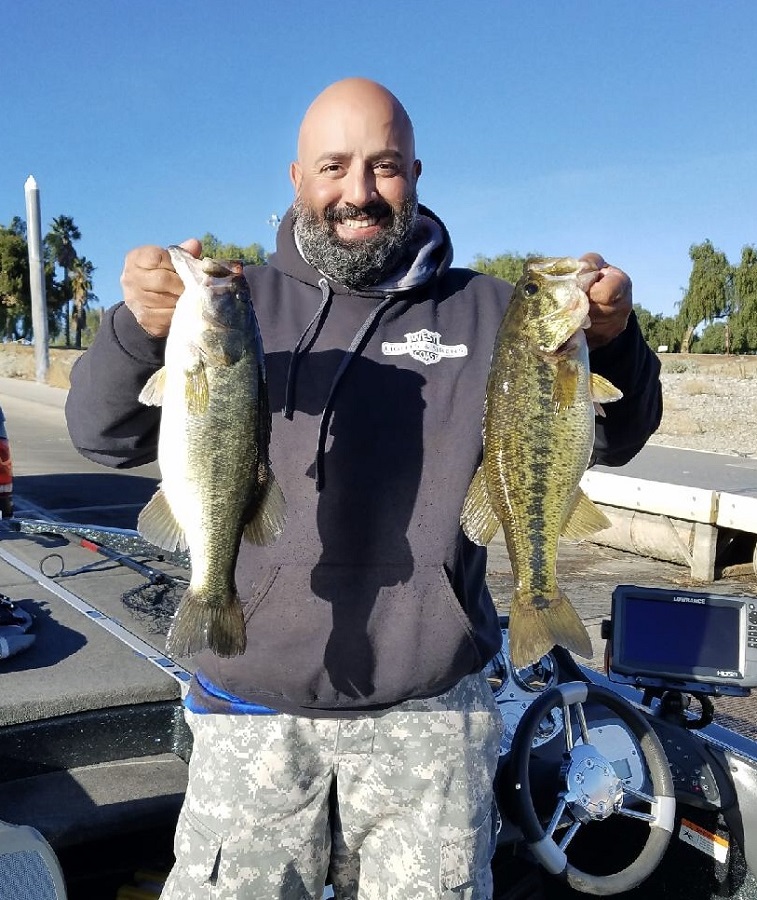 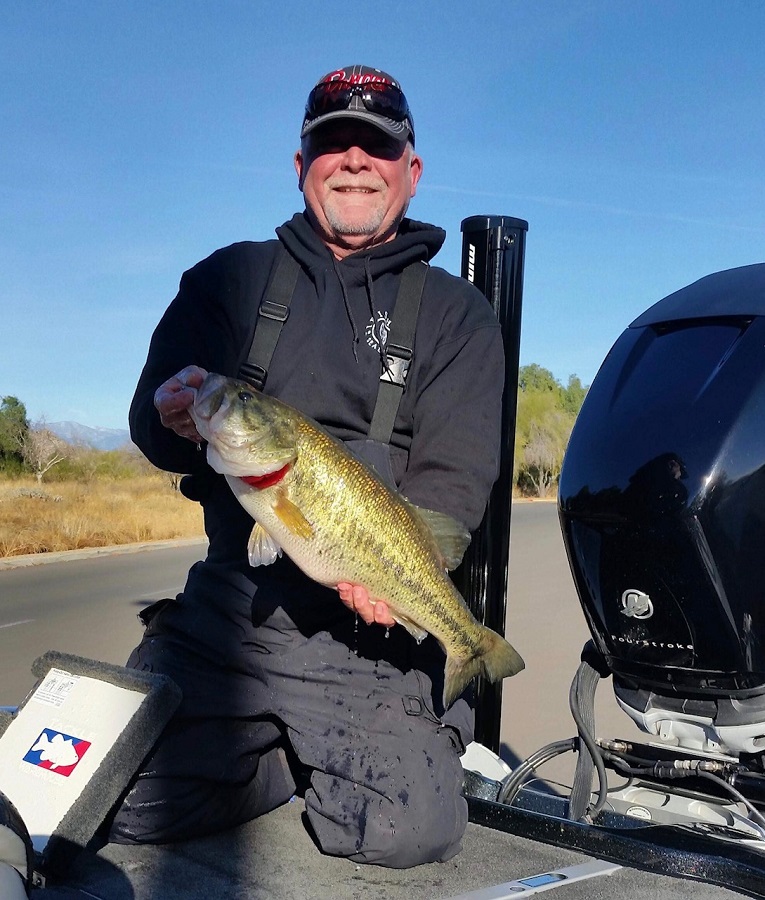 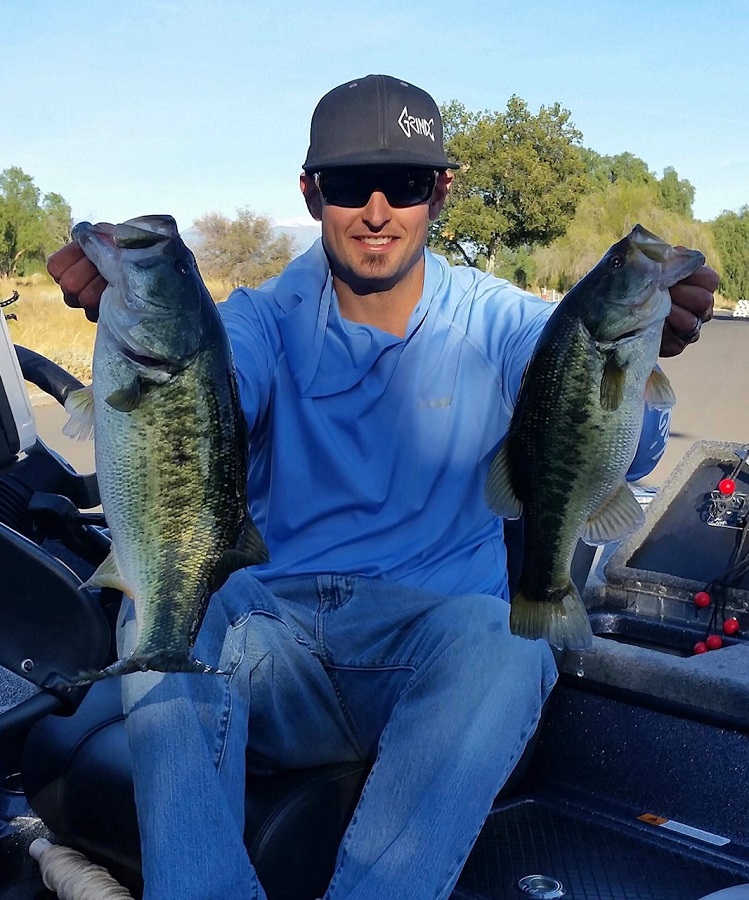 Making his first appearance in his new to him Ranger 520 as a new CBC boater and quickly joining the ranks of the ‘one’s to watch out for’ was Gary Crouse who was joined by his ‘one to watch out for’ non boater Chad Crews. Nice job Gary in your first derby as a boater with a very respectful 5th place finish looking good on and off the water. 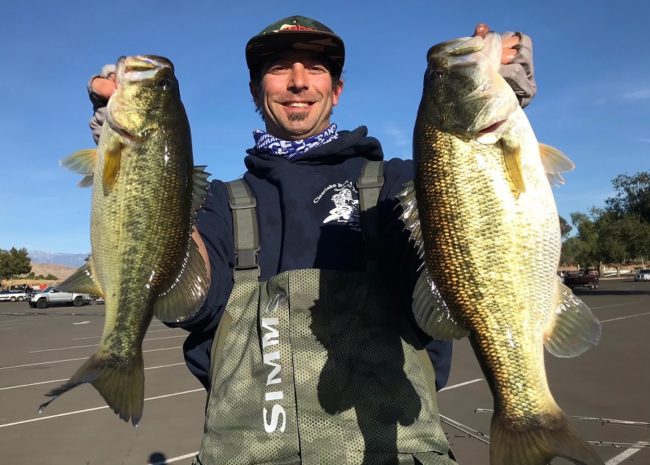 Joining us for his first tour of duty amongst the ranks of the California Bass Contenders is Retired Army Veteran David “Bassmaster Ice” King who fished with “hooked on Bass” Nelson Barrios. David we thank you for your service to our great country and welcome you to the CBC Army. Bassmaster Ice is full of it, he is full of good times and great conversation as we welcome David and his first of hopefully many more CBC tournament day bass, nice job David! Also joining us was CBC guest and fine gentleman Trevor who fished with Randy Estrada. And last, but certainly not least longtime CBC friend Julian Ruiz who filled in to fish with Conrad Sr in a ninth inning pinch hit. Great times were had by all, the fishing was great but the catching was not so good for most of the field. These cold stingy Perris bass were just impossible to figure out, the conditions were not the same from pre-fish nor was the lake level or any pattern previously worked on. 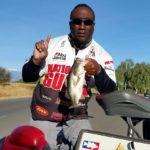 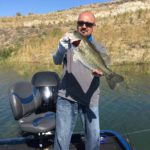 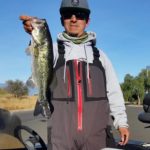 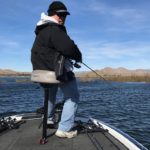 EDITORS NOTE: As our club moves forward into the Spring and the upcoming season the California Bass Contenders continue to have great camaraderie and fantastic times on the water. Our turnouts for boats and teams at consecutive tournaments continue to flourish and every month brings a new exciting opportunity to spend time out with friends putting in some ‘man hours’ doing what we love to do. Congratulations to Conrad Apodaca Sr for being voted our next Club President for the 2018 season. Conrad has always had his finger on the pulse of this bass club as an original founding member dating back to circa 1980 when the club first formed it’s new chapter. We look forward to seeing you all next month for the San Vicente tournament on February 24, 2018 and then Havasu on March 24&25. 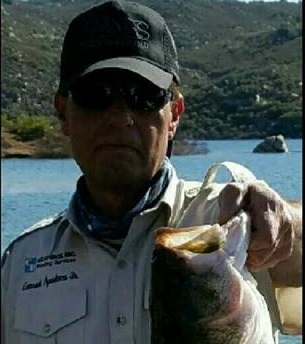