The CBC made the trip down South to San Diego last weekend to fish the San Vicente Reservoir.  The early morning comradery was great, the weather was good, and the fishing was even better.  If you thought the DVL launch ramp hike was long, this one was like climbing Mount Everest.  After the co-angler workout, we safely launched 10 teams and all 10 teams weighed fish at the end of the day.  A significant upgrade from July’s DVL tournament.  Just about every technique worked, top water, jerk bait, dropshot, deep, shallow, and even the ol’ spinner bait came through, but the name of the game was CULLING.  If you got one fish, you needed 4 more.  If you got your 5, you still needed 5 more, just bigger than your last.

With San V being a contact lake, the recreational boaters were out in force.  They made the water a little rough and the shoreline muddy (spinner bait), but overall they weren’t too bad on the water.  It was off the water that we felt their presence.  The launch ramp was crowded, causing delays getting off the water and getting our fish back in the water.  The delays, combined with the August afternoon heat, caused us to lose some fish before we could safely release them.   As a catch and release club, we have to everything we can to safely release our fish.  Luckily, the lost fish were given to a person who was able to not let them go to waste.

The number one spot went to Derrick Y and Robert T with the only double digit bag, 10.47.  They did lose a fish during the delays, knocking their weight to 10.22.  The DF penalty almost cost them, because Frank S and Joe N, were coming on strong with 9.67.  Their weight included the Big Fish honors, 2.90.  Rounding out the Top 3, was Alfred V and Tom C, who finished with 8.15.

As a reminder, each team needs to weigh a big fish so we don’t run into tie scenarios.

Thank you all for making it a great day! 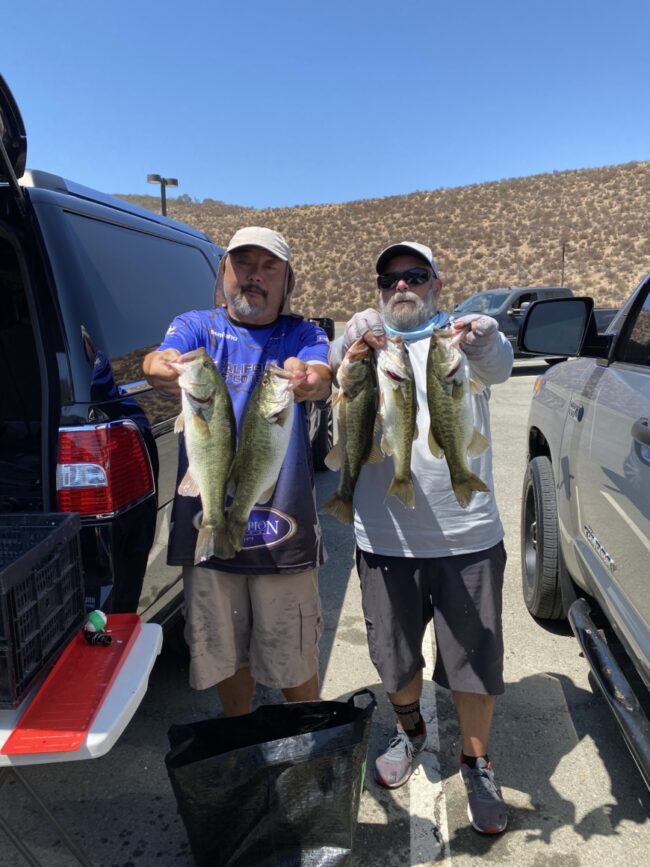 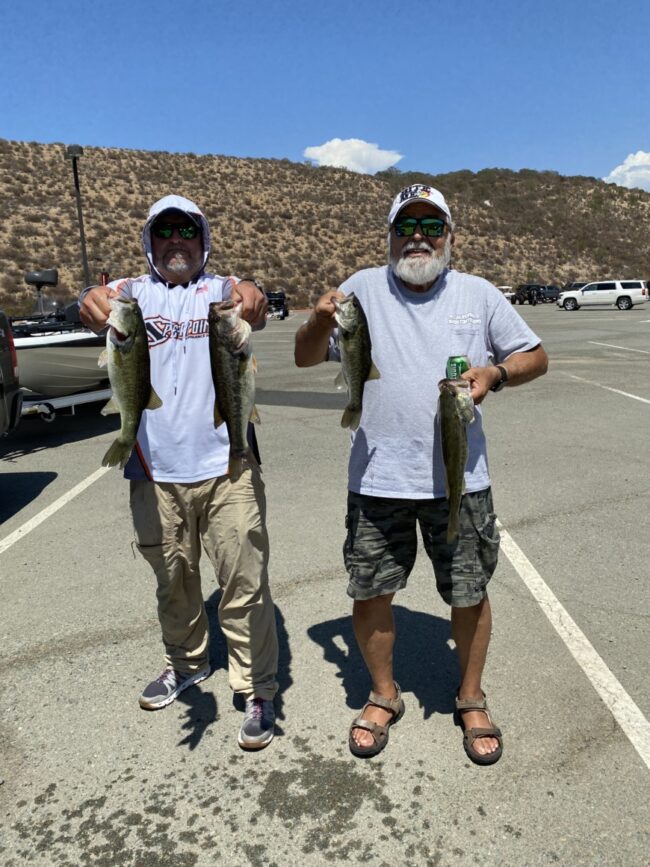 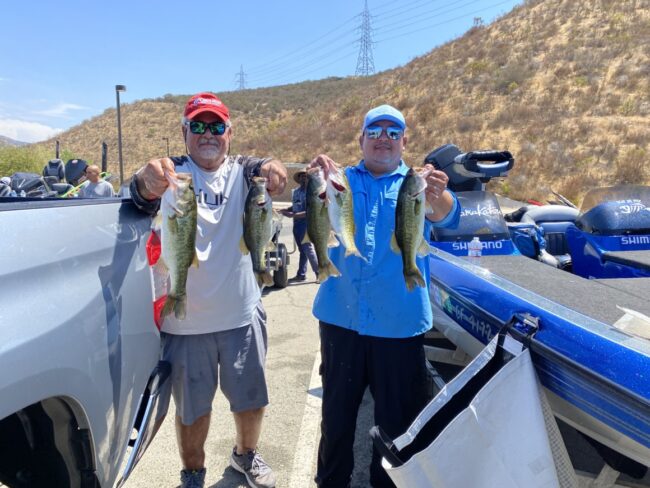 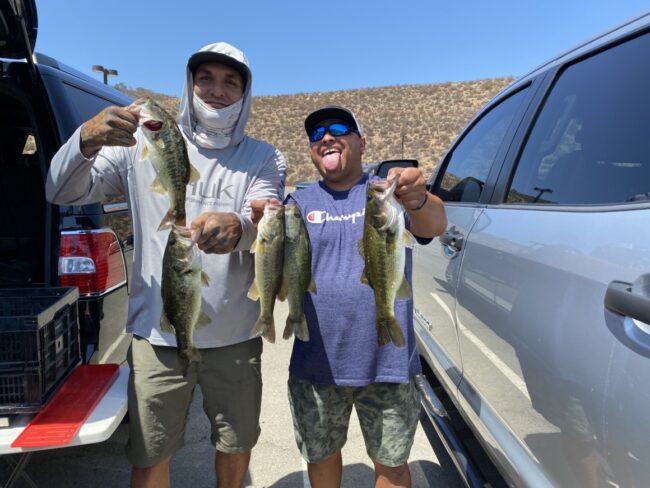 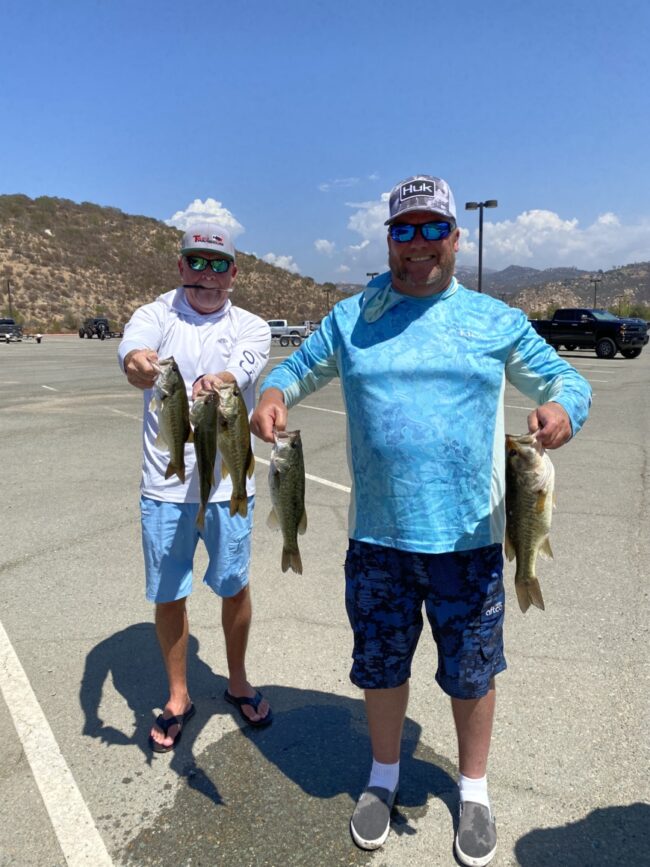 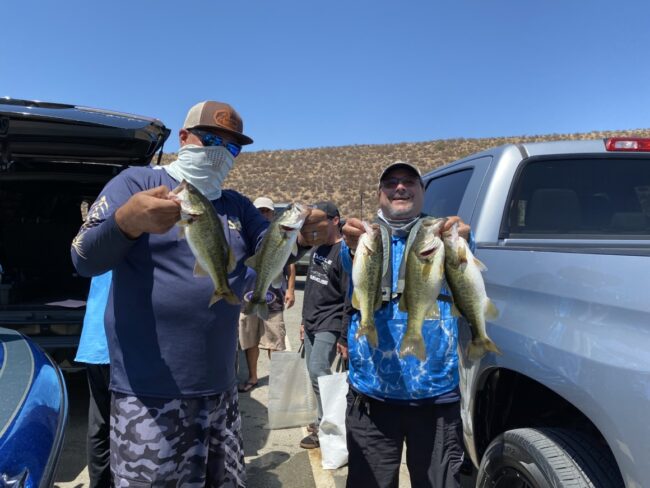 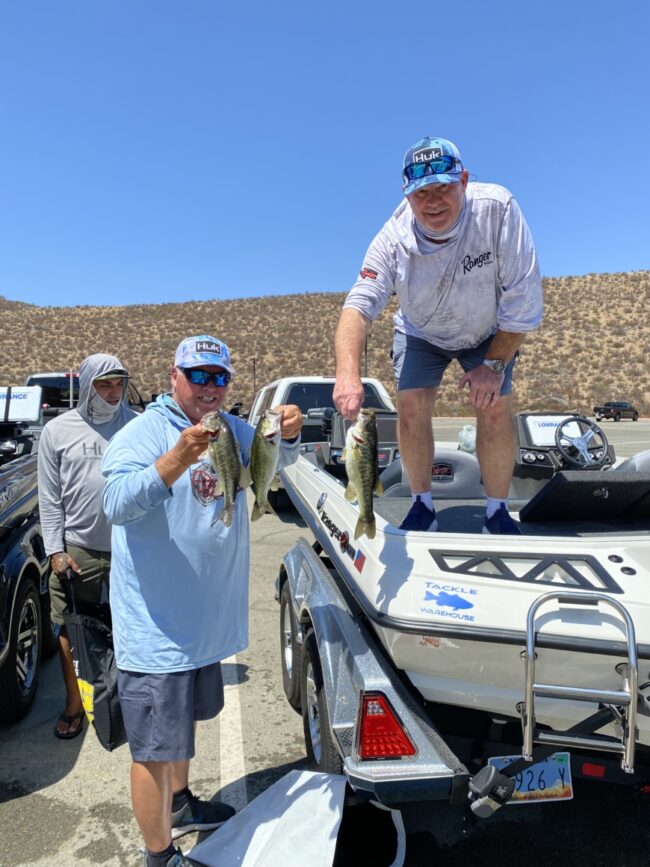 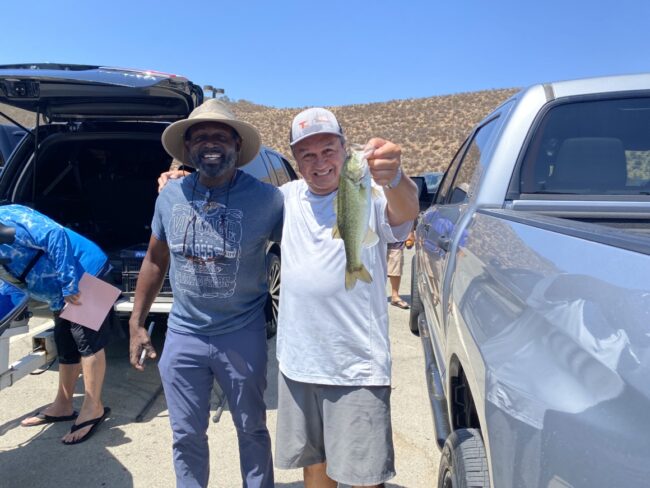